The 5 Best Characters from Kingdom Hearts

This list goes through my 5 favorite characters from all of the games up until this point, so let's dive right in!

Asnem is the sage-king of Radiant Garden, protecting his people from the darkness by spending a lot of time studying the heart with his apprentices. Unfortunately, he was corrupted by that very darkness and was exiled to the Realm of Darkness.

Living long enough to see himself become the villain, he gained an array of dark powers, renaming himseld to DiZ with the quest of avenging himself. Eventually, he saw the error of his ways, but was obliterated by the realm of light.

A character with this much depth and sacrifice makes my list due to his falling into the darkness, yet having the ability to pull himself out at a last minute realization.

Kairi crashed into our fandom on the night of a meteor shower with no memories of her home world. We come to discover that she is a princess of heart, a being with a heart of pure light.

Though she starts off as a damsel in distress, she in time shows to have as much courage and be as useful as Sora, with some potential to become a Guardian of Light.

Terra ranks higher in my list due to his complex nature and internal struggle of constantly having to overcome the darkness in his heart. This causes a huge rift between his best friends in the game, but his loyalty and love for his friends always prevailed in the end, no matter how bad his temper became.

Ven was at the Birth by Sleep’s biggest mystery. Why does he look exactly like Roxas?

The youngest of the trio, Ven’s strength lies in his speed. Despite being the most unqeuipped in terms of training, he embarks on a journey to help Terra conquer his darkness. Even after massive trauma is done to his heart, he is still able to overcome evil. Unfortunately, it came at the price of his heart.


His sacrifice did not go in vain, seeing as a young Sora adopted his heart and kept it safe.

As a keyblade master, Aqua is easily the story’s heart and soul. She takes it upon herself to watch over Terra and Ven, serving as a powerful mother figure, yet still a force to be reckoned with.

She is the only one out of the three to achieve the goal of becoming a Keyblade Master and rightfully earning the title. Also, when it seems as though all is lost, she shines through to save her friends, sacrificing herself in the process.

What are some of your favorite Kingdom Hearts characters?

The list could go on and on, and I’m sure you’re upset that Sora wasn’t on here, but I wanted to give some other characters a chance to shine.

Thanks for stopping by, have a great weekend!

P.S. Save 25% on our brand new, best-selling Abstract Sora T-Shirt until midnight tonight! 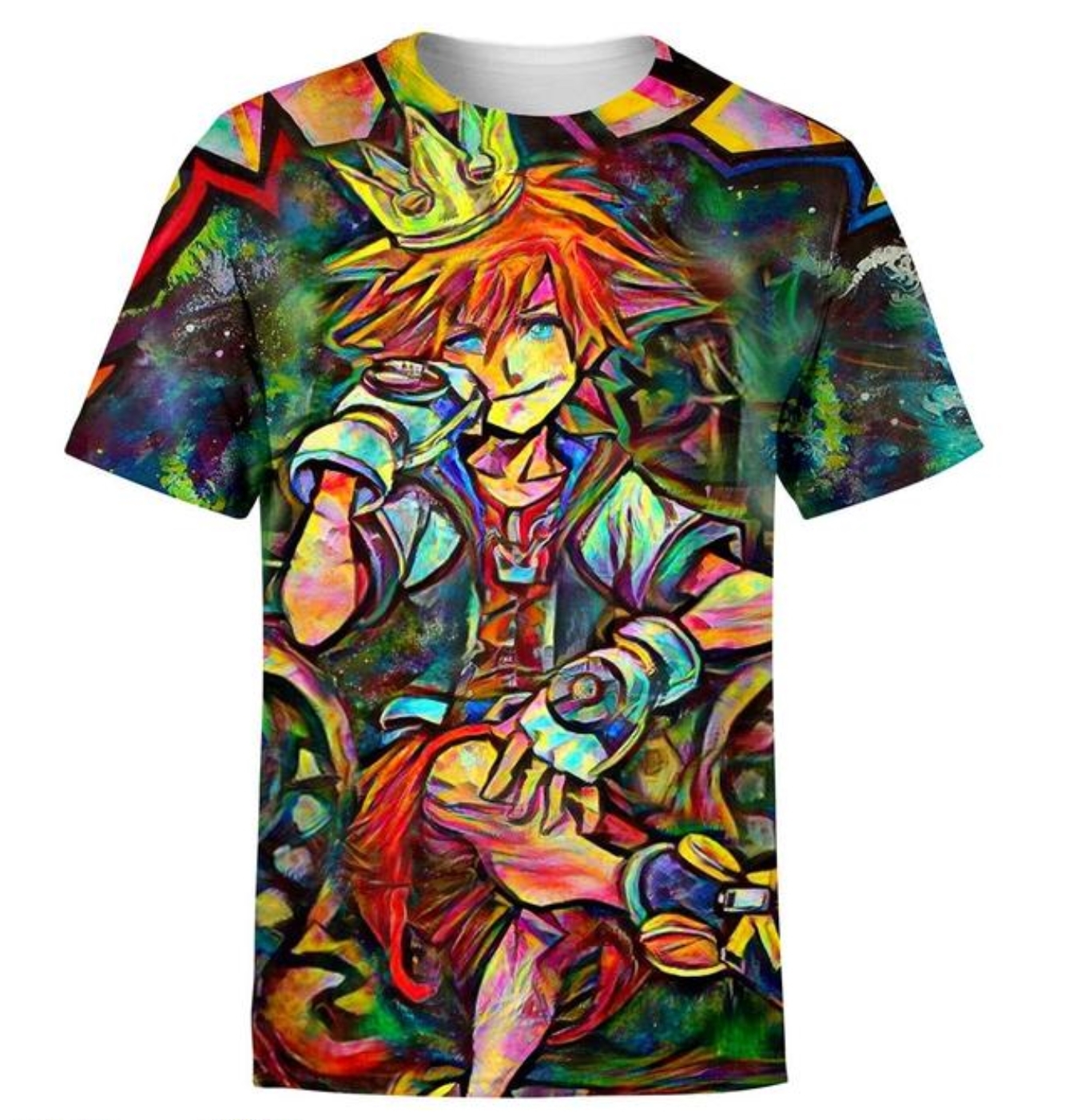