Armored Mewtwo | Everything You Need to Know

For those of us still playing Pokemon Go, including myself, one of the most exciting and surprising character additions to the game was just released; Armored Mewtwo.

This is Mewtwo's second iteration in Pokemon Go, just in time to promote the upcoming movie, Mewtwo Strikes Back: Evolution. 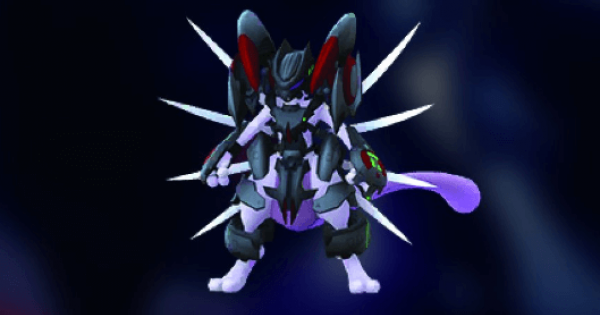 What's interesting about this iteration is that it's canon to the anime; Mewtwo's defense is through the roof, but it's attack is pretty low - interesting seeing as the armor was made to lower Mewtwo's damage. Kinda sucks for the game, but a solid nod to where it came from. It's weaknesses remain the same as it's unarmored counterpart.

Although the files for a shiny green Mewtwo exists, there has been no sightings of a shiny version so far.

If you gather enough friends to take on an armored Mewtwo in a raid, I recommend including these 'mon in your lineup:

Seeing as Mewtwo is capable of having Dynamic Punch, Houndoom and Tyranitar won't last very long, but every other Pokemon on the list should do fine.


Although this version of Mewtwo isn't great for raids or battles, it still looks pretty damn cool.

Any other tips or tricks I missed? Let me know in the comments!